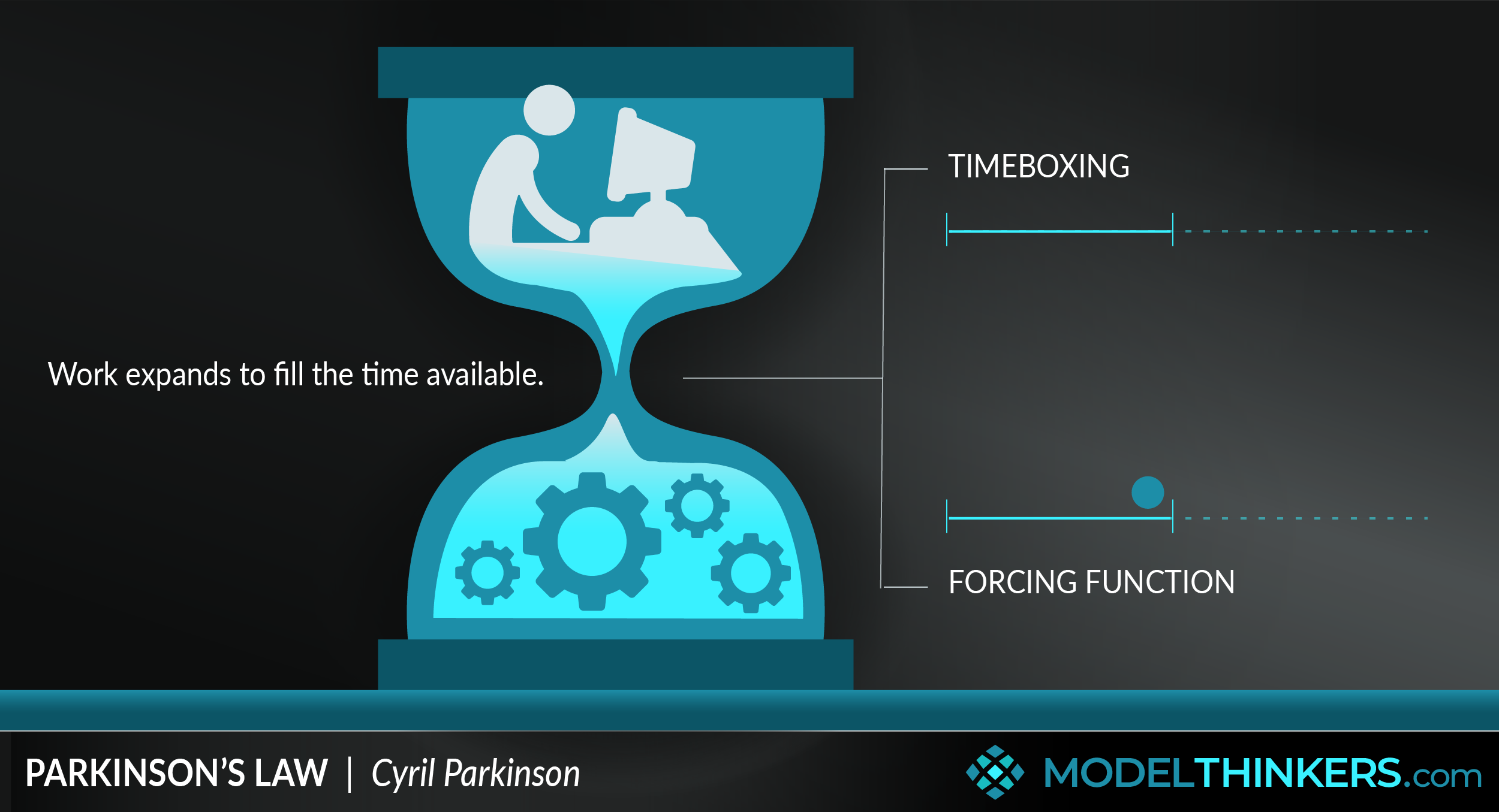 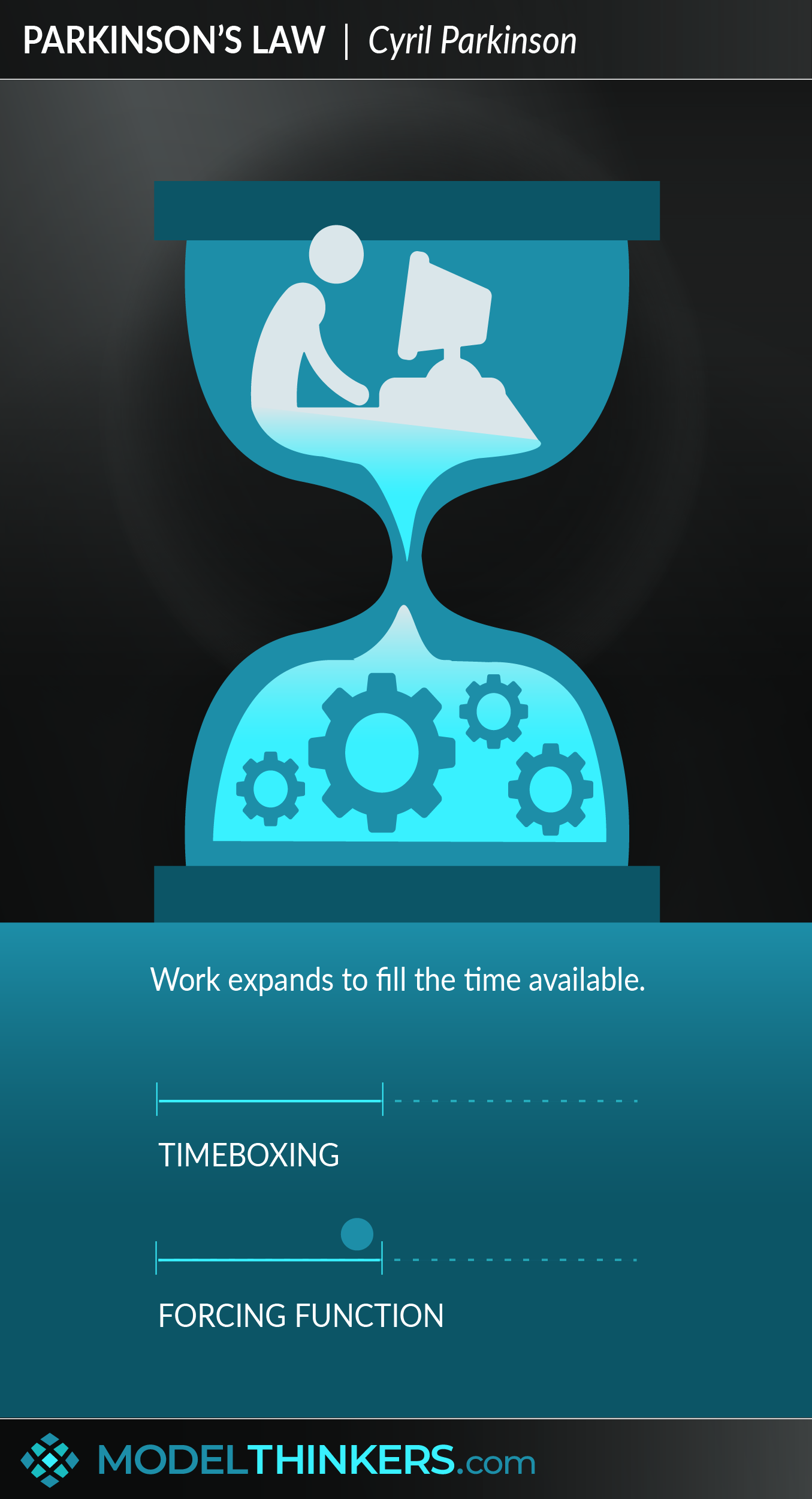 You don't have enough time to do that thing? Parkinson's Law says otherwise.

Parkinson’s Law states that ‘work expands so as to fill the time available for its completion’.

Parkinson's Law describes your tendency to work faster, smarter, or simply prioritise effectively when you impose a shorter deadline.

Key techniques that flow from this mental model include:

Parkinson’s Law is typically applied to productivity, as it encourages you to stop procrastinating and/or challenge perfectionism by reducing the amount of time you assign for each task. However, the principle behind Parkinson's Law can be used to explain broader phenomena where the demand for any resource tends to match its supply.

Timeboxing jobs in your calendar based on your values and priorities is a productivity approach that runs in stark contrast with the usual 'To-Do List' approach.

Advocates of this calendar-driven approach argue that it allows you to include family time, exercise and other elements that you can enjoy 'guilt-free' because it's in your schedule.

Consider this mental model in relation to earning more money and watching your living costs increase; moving into a larger house only to fill it within a few months; using a bigger plate and eating more; or taking a large shopping trolley at the supermarket only to purchase more groceries.

In that sense, this model is a reminder to apply structural constraints, even relatively arbitrary ones, to limit how much of a resource (money, things, food, shopping or yes, time) that you use. Rather than simply apply it to projects, consider how you might use a broader view of Parkinson's Law to challenge your meeting agendas, lifestyle choices, and the design of your home.

Parkinson's Law inherently requires prioritising high-value activity and works well with the Pareto Principle and the Impact Effort Matrix, as well as other prioritisation models. It is also worth considering this model in the context of the Law of Diminishing Returns.

Timeboxing involves defining a set time period where a decision, meeting or action must occur. It is sometimes arbitrary, allowing teams or individuals to set that point aside and move forward through a process or project. It’s about setting constraints, doing what’s possible in that time frame, and moving forward. It’s particularly useful in battling perfectionism and when used in conjunction with the Pareto principle.

Forcing functions are an externally defined commitment to a task or event that drives your schedule. This might consist of announcing a launch of a product or even leaving the house to work on your laptop without taking your power chord. Both impose restrictions on your time and force a degree of pace and prioritisation as a result.

Instead of saving the money that is left at the end of the month, put an amount of money aside immediately after being paid and use what is left for your monthly expenses.

You can apply Parkinson’s law to your life and environment by reducing options. Use a smaller dinner plate to eat less, live in a smaller house to avoid filling it with clutter. This approach essentially forces efficiency and minimalism.

Make business decisions about resourcing that are driven by actual expenditure, demand and need rather than a fixed, regular budget.

Explore More
Parkinson’s Law is featured in these Playbooks:

Parkinson’s law has been noted in a range of fields through common observations such as:

The Atlassian blog quotes Aumarie Benipayo, a program manager who noticed a company trend during 4-week sprints: “All of the work that was required for that sprint was coming in at the very end.

Some tasks simply take longer. Cutting them short might reduce quality, impact how robust they are or simply drive stress through the roof. Similarly, timeboxing complex and crucial decisions might cascade through a project, causing downstream problems.

Parkinson’s law might also be applied by overzealous leaders, who are not in touch with project realities, creating more hardship on employees who simply work longer hours, while not logging their time, to get a job done.

So yes, Parkinson's law can be used for evil as well as goodness.

Use the following examples of connected and complementary models to weave Parkinson’s law into your broader latticework of mental models. Alternatively, discover your own connections by exploring the category list above.

This statement is attributed to Cyril Northcote Parkinson, British historian and author, who included it in the first sentence of an essay published in The Economist in 1955; he used it to describe the way bureaucracy grows in an organization. You can read Parkinson’s original article here. 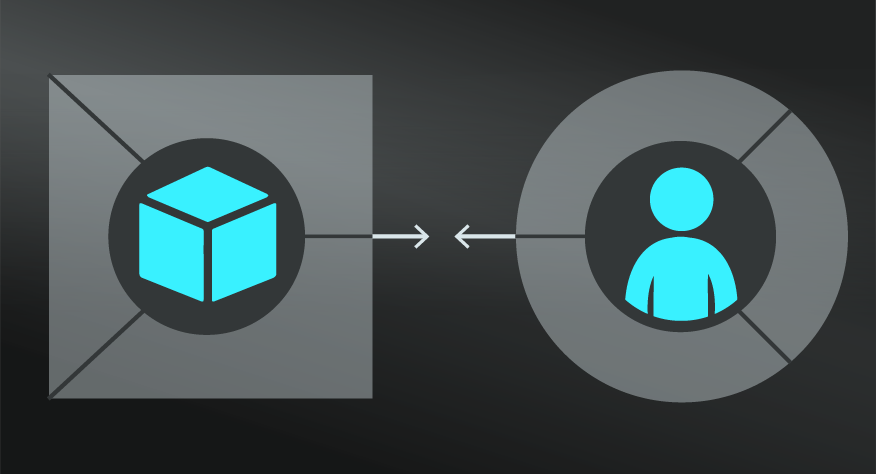 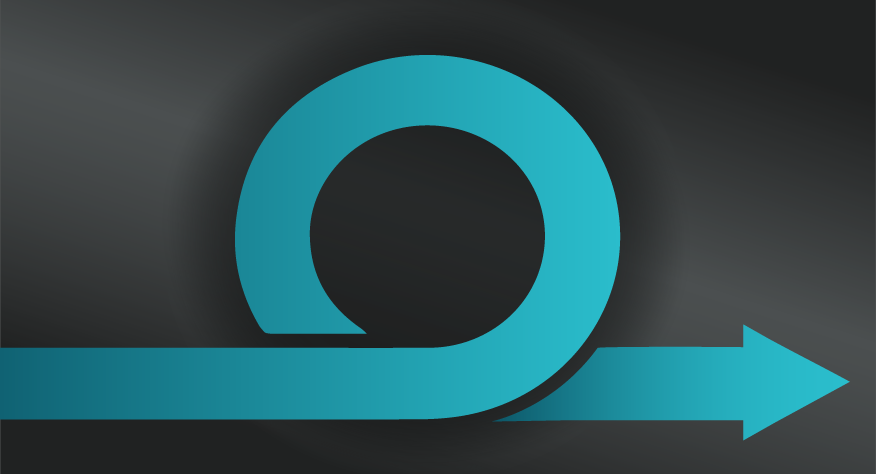 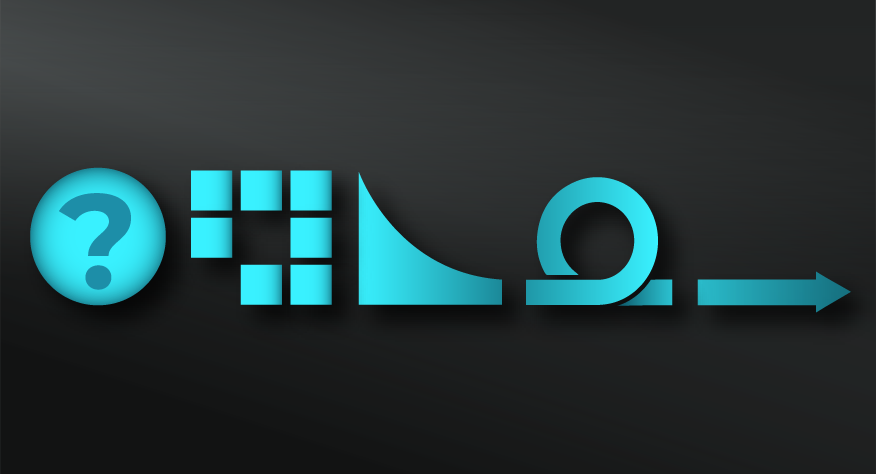